Originally published in Transition Magazine by BC Coalition of People with Disabilities, Spring 2009.

With 2009 well underway, it would be a massive understatement to say that the time has come for British Columbia to enact a Wrongful Death Act. BCCPD, along with other community partners, are continuing to advocate for a new one-to replace the current law that has existed for 162 years.

Though times have changed, citizens and families continue to suffer from a sad and frustrating reality. British Columbians do not have a proper legal remedy for families to seek justice after their loved ones have died due to the wrongful actions of others. This has been the situation for far too many families, despite proof of medical negligence, impaired driving or other forms of recklessness.

BCCPD and our partners have been leading the call for change, an effort that has been constant since 2005 and continues to build momentum. More than 100 other organizations have signed on in support of this cause.

“The law definitely needs to be changed. You can’t imagine how much more grief this causes families who are already grieving. Our questions remain: how is it possible for someone to go in for a perfectly ‘routine’ procedure and end up dead? Worse yet, why is no accountability required? What does this say about our society and the current system which we have in place?” ~ Bea Pereira, whose mother died after medical complications. 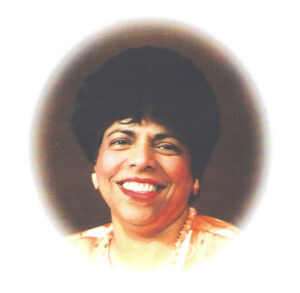 Why does BC need a new Act?

New legislation is needed because the current Family Compensation Act (modelled after Lord Campbell’s Act of 1846) fails to recognize any kind of loss other than direct financial impacts. Thismakes justice and real compensation particularly hard for people with disabilities, seniors and other citizens who do not have a regular salary or income.

The goal is to have a Wrongful Death Act that enables family members to seek compensation for bereavement, anguish and stress, as well as for their loss of companionship, comfort, love and affection. The law should also allow citizens to be compensated if they have lost guidance, protection and care.

BCCPD’s partners on this campaign are the Trial Lawyers Association of BC, the Coalition Against No-Fault and the Wrongful Death Law Reform Group. The latter is an organization of representatives from families who have suffered added harm due to the failings of the Family Compensation Act.

To read the story of the Pereira family and others, visit our website at www.bccpd.bc.ca, under Community Campaigns.