Organizations That Have Endorsed Legislative Modernization

The issue of wrongful death affects everyone in British Columbia, although certain demographics — such as children, seniors and the disabled — are particularly vulnerable. We are actively seeking organizations who endorse modernizing BC’s wrongful death legislation.

The organizations listed below have pledged their support of the BC Wrongful Death Law Reform Society’s calls for legislative reform.

The City of Vancouver is a bustling west coast seaport in British Columbia, and is among Canada’s densest, most ethnically diverse cities. A popular filming location, it’s surrounded by mountains, and also has thriving art, theatre and music scenes. It is also British Columbia’s largest city, with over 675,000 residents in Vancouver proper and over 2.6 million in the Greater Vancouver Regional District. Vancouver is governed by a City Council comprised of the Mayor and 10 Councillors who are elected at large for a four-year term. The Mayor is the Chair of City Council.

The Union of BC Municipalities was formed to provide a common voice for local government and this role is as important today as it was 100 years ago. The UBCM reflects the truth in the old adages “strength in numbers” and “united we stand – divided we fall”.

Convention continues to be the main forum for UBCM policy-making. It provides an opportunity for local governments of all sizes and from all areas of the province to come together, share their experiences and take a united position.

Positions developed by members are carried to other orders of government and other organizations involved in local affairs. Policy implementation activities have expanded from annual presentations to Cabinet to UBCM involvement in intergovernmental committees, regular meetings with Ministers and contact on a daily basis with senior government.

The Lower Mainland Local Government Association is one of the 5 area associations of the Union of BC Municipalities (UBCM). LMLGA is a non-profit organization dedicated to representing 30 local governments (from Pemberton to Hope) and the 3 regional districts of Squamish Lillooet, Metro Vancouver and the Fraser Valley Regional District in matters of local government, securing united action amongst its members and cooperating with other organizations in Provincial or Federal jurisdictional matters. To accomplish its purposes, the Lower Mainland Local Government Association has several committees who meet regularly to advance the goals of the Association.

At their Annual General Meeting in May 2021, the LMLGA endorsed a motion to recommend the Province of BC update the currently inadequate Wrongful Death laws. 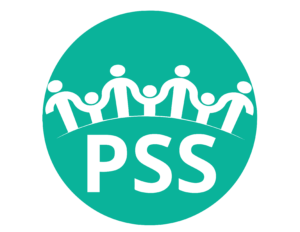 Parent Support Services Society (PSS) of BC (est.1974) is a provincial charitable organization. Our mandate is to end child abuse. Our Mission is “to protect the safety and well-being of children and promote the health of all families by partnering with those in a parenting role and their communities to build support, advocacy, education, research, and resources.” Our core program is peer-to-peer, self help Parenting Support Circles. These Support Circles are run by well trained volunteer facilitators and operate in multiple languages, and in diverse communities across BC. We also operate a Support Line for grandparents who are raising their grandchildren and other kinship caregivers. The Line offers navigational support, and is run by two highly trained advocates (a lawyer and a Master of Social Work).

We endorse the BC Wrongful Death Law Society’s calls to modernize the province’s wrongful death laws.

One Crash is Too Many is dedicated to improving road safety in British Columbia. Car crashes are not inevitable and they are not “accidents.” The leading cause of car crashes is driver inattentiveness. We need to adjust our tolerance and realize that even one crash is too many. One Crash is Too Many strives to promote attentive driving habits that do not have to be inspired out of personal tragedy. They are improving driving attitudes by: organizing awareness events; promoting car crash statistics; uniting the community to brainstorm ways to improve driving attitudes; and involving the government to support their cause.

This organization has endorsed the BC Wrongful Death Law Society’s calls to modernize the province’s wrongful death laws.

Located in the South Kootenay Rockies region of British Columbia, the Corporation of the Village of Fruitvale, BC is known as the “Heart of the Beaver Valley”. This narrow valley encompasses the communities of Fruitvale, Montrose and Trail and is traversed by Beaver Creek, famous for its plentiful brook and rainbow trout. Founded in 1907, Fruitvale become incorporated in 1952.

In early 2021, the Council of Fruitvale unanimously endorsed a motion to support modernizing BC’s wrongful death laws. Fruitvale went on to sponsor the same motion at the UBCM convention in September 2021.

The British Columbia Libertarian Party was founded in 1986 to advocate for individual liberty, lower taxes, free markets, and social tolerance. Every British Columbian should be free to pursue their vision of a better life, as long as they never harm another person while doing so.

Modernizing BC’s Wrongful Death laws is one of many priorities for the party.