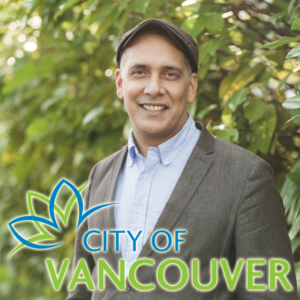 Vancouver City Councillor Pete Fry put forth a motion for the Union of BC Municipalities to recommend to the province that our wrongful death laws be modernized so as to provide a foundation of “worth” under the law for everyone in the province of BC.

Step 1
The motion starts off at the local city council level – PASSED!

Step 3
When passed at the LMLGA, it is then taken to the Union of BC Municipalities Conference, and when passed there the recommendation is made to the province!

This will be an amazing coordinated grass roots effort across the province in education and awareness. It will greatly support the much needed “political will” to move this forward.

The hearing started off with Vancouver City Councillor Pete Fry introducing the motion.

The first speaker was Ann Forry who tragically lost her daughter Natasha Forry.

The second speaker was BC Wrongful Death Law Reform Society President, Michael-James Pennie who recapped the necessity for the proposed legislative modernization along with the economic arguments.

The third speaker was Catherine Adamson, who had lost her daughter Heidi Klompas, and before she ran out of time she was about to illustrate how 19 years later another young BC girl, Lindsey Kean died from the same preventable medical error as Heidi.

The fourth speaker was Frank Watts, a brave first nations individual, whose father died while in police custody in 1999.

The fifth speaker was Faith Hayman, a renowned human rights and personal injury lawyer who spoke on how the lack of justice has particularly affected the vulnerable.

All Vancouver City Councillors, thereafter unanimously voted in favour of having the UBCM recommend to the province that we modernize these laws.

Watch the Replay of the Session