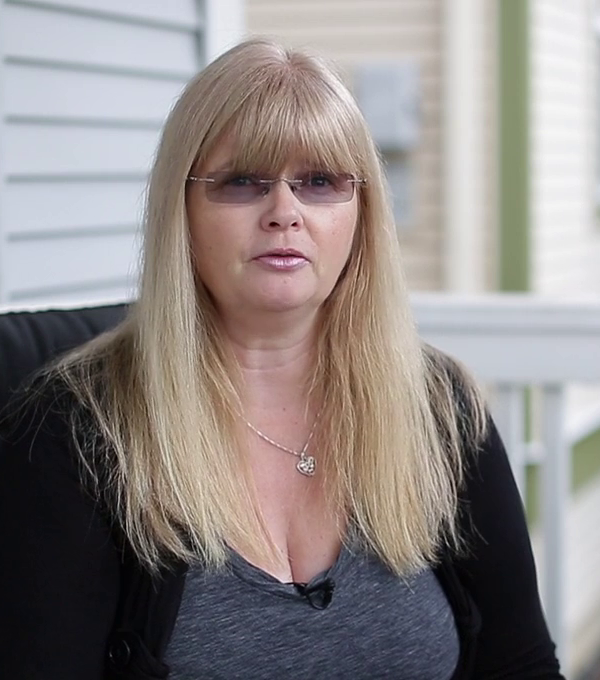 What brought Rita McDonnell to the cause was the suffering her father, Gary Davis, went through while at Langley Memorial Hospital and later at Cedar Hill Care Home in 2009. She learned that because of this outdated law that protects the abuser and not the people of BC, her father wanted justice before he died.

What Rita wants is real accountability and damages for unbearable loss of life that was stolen. This should lead to real incentives for improvement in the medical systems through accountability.

Rita grew up mostly in East Vancouver and graduated from Templeton Secondary. Her parents divorced when she was a toddler, and her father had to fight to see her and her sister. In the early 1980s she was in Army Cadets where she met her husband and they have been together since.

Since 2004, Rita has been a Special Education Assistant (EA); her father was so proud of her getting a career and knowing that he was a grandfather of two. He was happy to see her and her children grow up, but he missed out on so much.

In 2010, she became a member of the Wrongful Death Law Reform Working Group (now known as The BC Wrongful Death Law Reform Society). Her father went through so much suffering, which encouraged her to join this group. Her eyes were opened to antiquated provincial regulations and laws still in use from 1846. Once she learned of these laws, she knew something had to change and it was time to take a stand and to bring awareness to others.

In 2013, Rita was in a documentary about wrongful death called “Hope is not a Plan,” and her daughter released a video called ”For Grandparents”. In 2011, she organized a walk for awareness of wrongful death in Stanley Park; participants included other family members who have suffered the wrongful death of a loved one. Rita feels that life now is hard watching the news about seniors and what is happening to them during COVID-19.