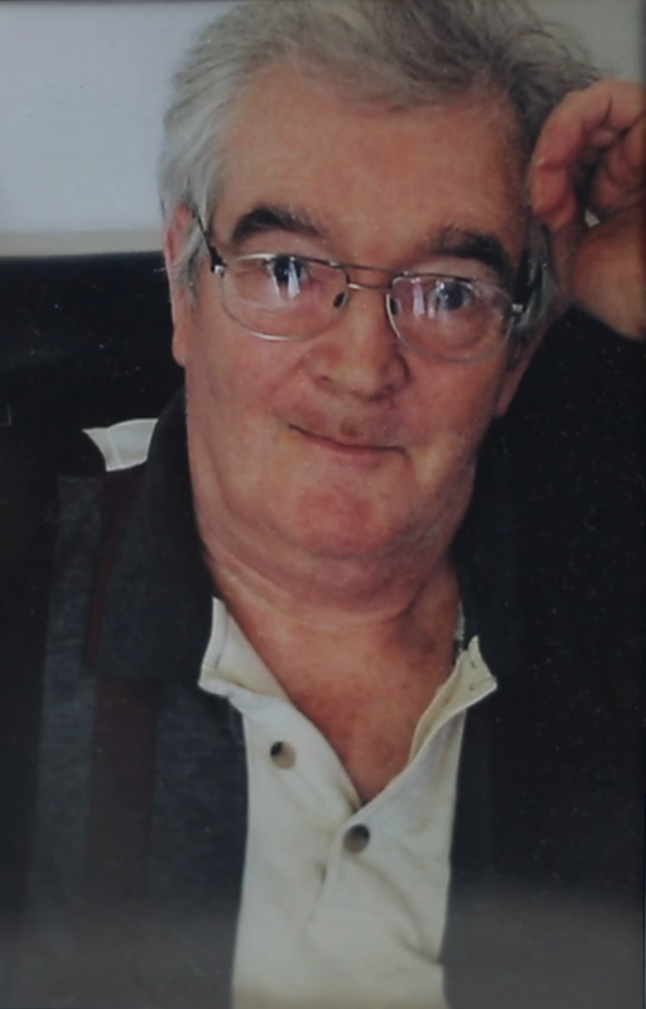 Told by his Daughter, Rita

“My Dad, Gary, was in emergency at Royal Columbian Hospital. He went there because he had an aneurism in his groin. He was there quite a long time—a couple of months—he developed a bedsore, and they sent him over to Langley Memorial and then, while in Langley, his bedsore got much worse.

I had asked, ‘Why does he smell so bad?’ and to my shock they reply, ‘Well, dear, he has a bedsore,’ and immediately respond, ‘Well, get him up more. Get him out.’ You know, they’re the professionals and instead of getting him up and moving him around, they put him into long-term care.

He suffered severe neglect at a place called Cedar Hill. He was septic. His whole back was black. You could see his spine. They finally did a skin graft on him back at the hospital, fixed him up, and then sent him back to Cedar Hill.

Then his legs started to rot and they eventually had to amputate both his legs.

One day with my Daughter and my Son, we went to go visit him and he was crying. He was crying so hard. My Dad was shaking at me and says, ‘Rita, come, come quick. It’s that nurse. The nurse is too rough with me.’ He was being treated pretty rough.

After that, I received another call; he’s bleeding from the groin and the wound care nurse that’d been treating him, she said, ‘Get a lawyer. What’s happened to your Dad is just atrocious; the treatment that he’s getting.’ So I tried to get her to put it in writing but because of the job and everything, she couldn’t.

I finally got my Dad out of that environment and into another place where he began putting on weight and was doing great.

And then I went on holidays and it was during the worst heatwave we’ve had—I think it was forty-two degrees. The care home didn’t have a fan or air conditioning and my Dad supposedly died of pneumonia but we were first told it was heatstroke.

I went to go visit the people that were in his room with him. They talked to him and had all become friends.

All four of them had died in the same week period.

Throughout this entire ordeal, my Dad suffered. He was starved. He was neglected. He had bedsores beyond belief.

It was one of the worst cases of senior abuse, and the RCMP was disgusted how badly my Dad was treated. And yet, had this happened in my home, I would have been arrested. But because he was in a care facility, they are protected and they get away with it.

This needs to change. So that’s why I wanted to be involved with The BC Wrongful Death Law Reform Society. We need to change the legislation because what’s been in place allows the abusers to keep on abusing. In my mind, the law protects them.”

I am writing to you about the preventable death of 68-year-old Gary Davis and British Columbia’s woefully outdated wrongful death laws; which are still based on colonial-era legislation from 1846.

Gary Davis, sadly, is one of these cases where no accountability can be brought against wrongdoers who were negligent in their duty of care. His story can be read here – https://intheirname.ca/our-stories/gary/