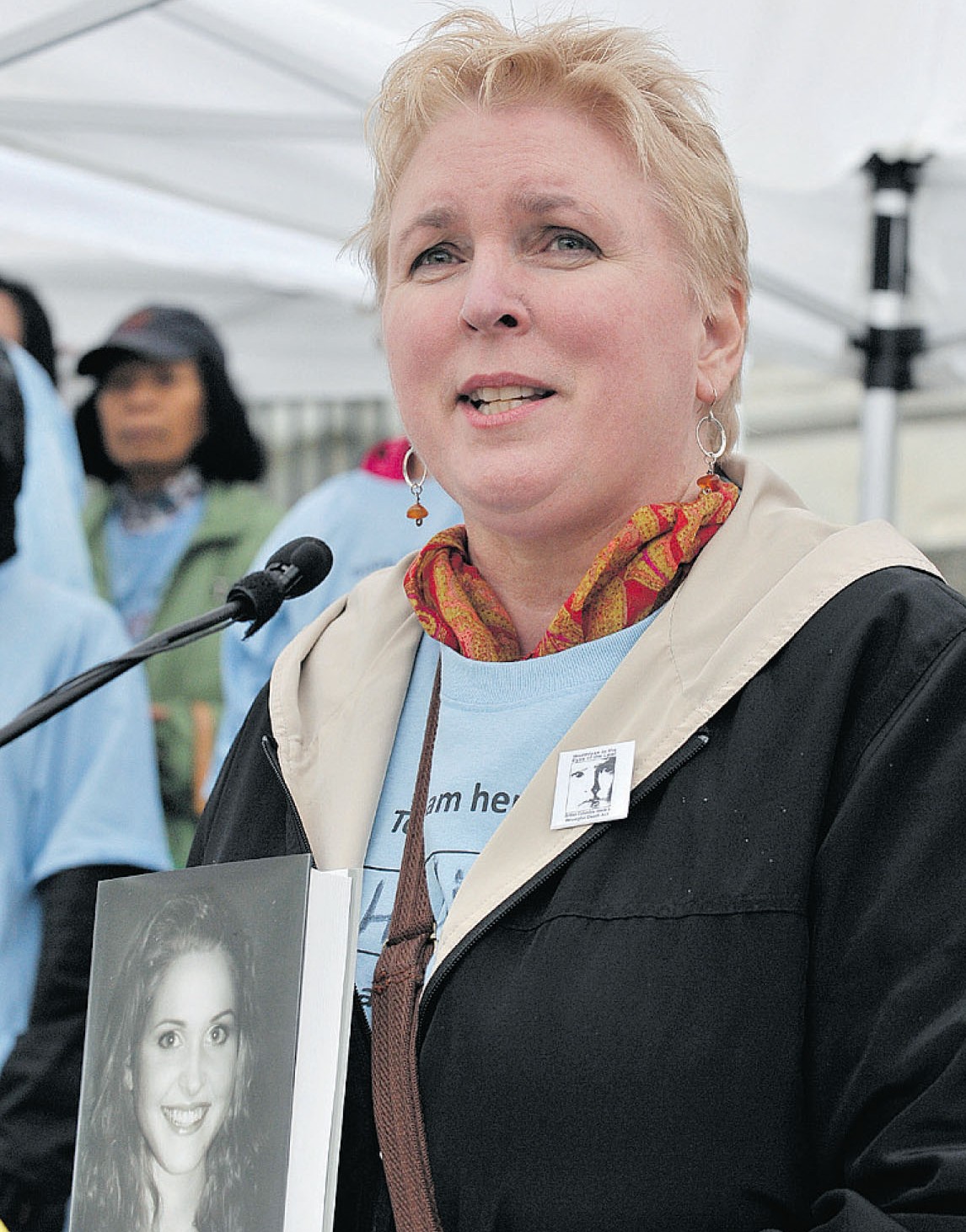 On  September 13, 1997, a young drunk driver smashed his way through a crowd of over 100 teenagers in an area of South Surrey known as Stokes Pit. Seventeen people were injured and two deaths occur as a result of this accident. One girl, aged 17, died instantly at the scene from massive head trauma; and Catherine’s daughter, Heidi Klompas, age 17, died three and a half weeks later in Royal Columbian Hospital.

Heidi’s death triggered investigations from the Coroner’s Office and the BC Children’s Commission. They both found that Heidi did not die as a direct result of her initial injuries from being struck by the car (two broken shinbones), but instead died as a result of a series of medical errors. Both reports suggest her death was unnecessary and tragically preventable.

Catherine S. Adamson, was born in Vancouver, British Columbia and was raised, along with her five siblings, on acreages and  farms in the community of Langley, in the Fraser Valley. At the age of  twenty-one, Catherine married K. Klompas, an airline pilot, and produced  three children in succession: William Albert in December, 1978; Heidi  Dawn in May, 1980; and Laura Jayne in September, 1981, raising them in Langley, BC.

She taught Sunday School, coached softball, served as Brown Owl and then District Commissioner for Girl Guides of Canada, and was an active fundraiser for the children’s  school. Catherine obtained her Real Estate License in 1990 and worked  for eight years as a Realtor in Langley. In 1996, Catherine ran in the  municipal election and won a seat on the Langley School Board as a Trustee, where she served for three years.

The death of seventeen-year-old Heidi in 1997 had a profound effect on Catherine and her entire family. Her marriage collapsed within the first  year. She hung up her Realtor’s license at the same time and was faced with starting her life over.

Catherine decided to go back to university; and in the next four years she earned a Bachelor of Arts degree in English and Visual Arts from UCFV, graduating on the Dean’s List, with an award in Art History, in June, 2003. During her time at university, Catherine slowly accumulated the documentation she would need to tell Heidi’s story. The writing started in earnest in 2003. After completing Heidi’s book in the spring of 2005, Catherine moved back to her birthplace of Vancouver, where she continues to write and paint.

Heidi’s book “Missed Opportunities” has been disseminated to numerous surgical staff rooms across the province, as well as several dozen Members of the Legislative Assembly. In 2015, Catherine was a founding member of the BC Wrongful Death Law Reform Society and has served in the roles of President and Vice President. You can connect with Catherine personally on her website.