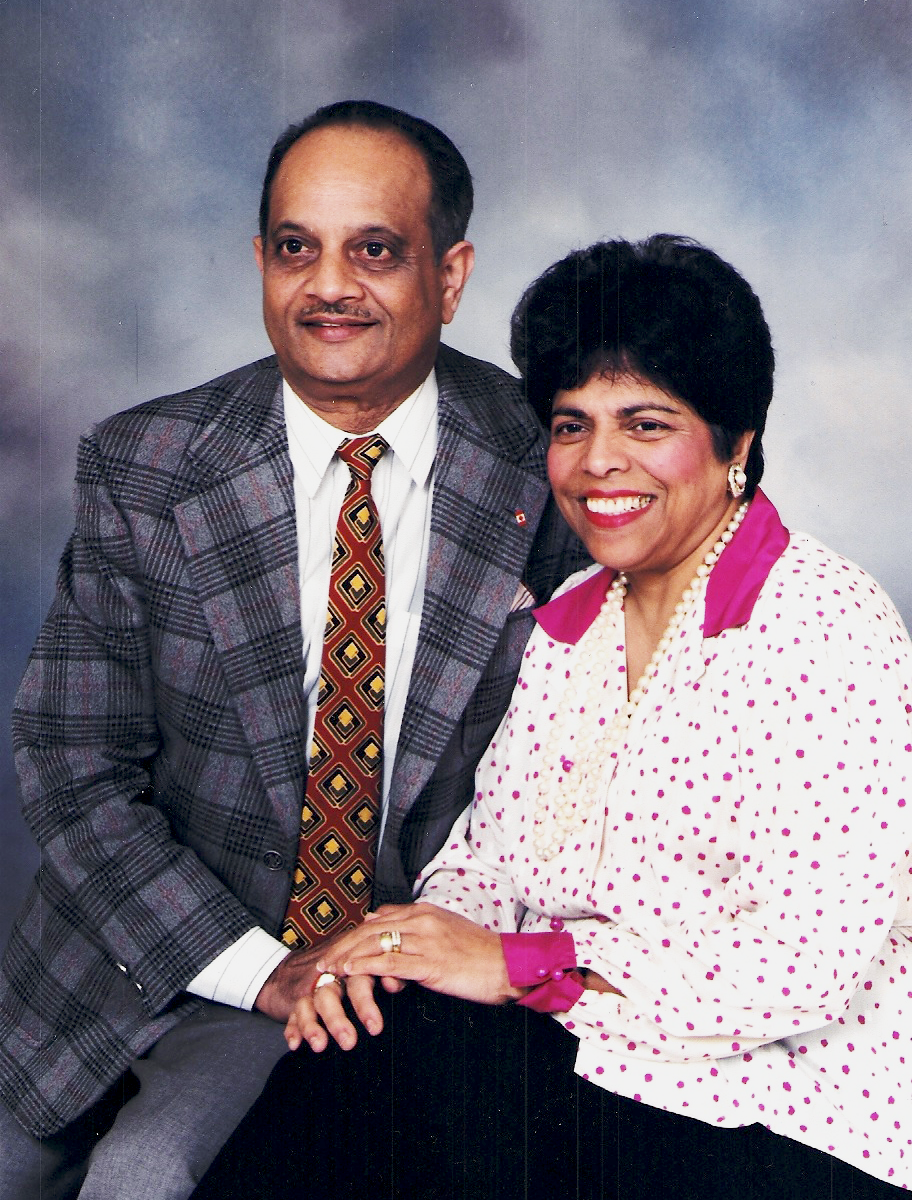 Told by her daughter, Beatrice (in collaboration with her siblings, Crystal and Gordon)

“My mother was a loving, vibrant, family-oriented and social person. She was always the first to reach out to newcomers to ensure that they felt included. Even today, folks in our Goan (from Goa, India) community come up to my family to tell us how they remember our mom’s smile, her jokes, her thoughtfulness, her matching accessories, and just her overall joy-filled disposition.

On May 10, 2006, she had a routine laser cataract surgery. At the post-surgery appointment on Thursday, May 18, the doctor said that the surgery had been a success, and that her eye was healing nicely. However, by Sunday May 21, her eye became irritated, sore and swollen. When she woke up the next day, it was much worse – she felt more pain, and when she touched that side of her face, she described the sensation as raw, like an open wound.

She went to the emergency department, and was told to go to the eye clinic down the street, where they could assess her eye thoroughly. It was a statutory holiday, so there was only a resident doctor (RD) present, and an on-call specialist for emergencies. The specialist decided to do a procedure on her eye, and instructed the RD to freeze it with Lidocaine. The Lidocaine had to be ordered through the hospital, and it would be an hour before it was ready for pick-up, so the RD told my mom to go and eat something in the meantime. When she returned to the clinic, the RD froze my mom’s eye in preparation for the procedure. She then left the room to inform the specialist that the freezing solution had been administered.

While the RD was out of the room, my mother stopped breathing. To this day, I still don’t know exactly what happened after that dose was administered.

About 10 minutes passed before the RD returned to the room, where she found my mom unconscious, unresponsive, and not breathing. She began CPR, and frantically waved my brother into the room to assist in the attempts to revive my mother. When my brother entered the room, he noticed that my mom had vomited. My family and I are convinced, even today, that our mother would not have aspirated had she not been told by the RD to go and eat prior to the procedure. Eventually, the paramedics arrived on the scene. When they put the breathing apparatus down her throat, she aspirated again. It was all downhill from there.

The next 28 days at the hospital were horrific and traumatic for my family. Our dear mother remained in a coma the entire time and later was on life support. She never regained consciousness. We were stripped of the opportunity to even say goodbye.

Sometime after midnight on June 19, my brother, sister, and I were called to the hospital. We were told that there was internal bleeding in our mother’s abdominal cavity, and that an exploratory surgery would be necessary. Hours later, the head nurse informed us that they were struggling to find a pulse in her foot; without circulation, they would likely have to amputate it. At that point, we made that dreaded decision, which haunts us to this day – to let her go.

After the decision was made to remove our mom from life support, our dear dad, who had been diagnosed with dementia and was already in a nursing home at the time, was brought to her side. We strongly believe that he understood the severity of the situation – the fact that he was soon to lose his soulmate. Just two days after our mom’s death, our dad suffered a massive stroke, and he also passed away in two short weeks, on July 5, 2006. The devastation my siblings and I felt was inconsolable.

My mom was a healthy 71-year-old woman who was often mistaken to be in her fifties because she was so active, full of life, and young-looking. Ask yourself: how does a person with an eye infection after an ordinary cataract surgery end up in a coma and, worse yet, dead?

We were left with so many questions, the answers to which we will never know.

Reeling from the loss of our mother and father, my two siblings and I needed answers and perhaps justice in order to heal. We tried to enlist help from the College of Physicians and Surgeons, but to no avail. After seeing a couple of lawyers, we learned that because our mother did not earn an income and had no dependents, her life was worthless in the eyes of the law. There was no way for us to pursue legal action for a possible wrongful death claim to get the answers we so desperately needed.

After my mom’s death, I became a member of the BC Wrongful Death Law Reform Society (BCWDLRS). Initially, it felt good to join forces with this very dedicated team of families because our goal seemed simple: raise public awareness so that people would see the injustice of the current wrongful death legislation, and pressure would build to ensure that the necessary changes would be made in our province. But thus far, the BC government has made no real strides to change these outdated laws, and has done nothing more than look the other way at the mention of this issue. In doing so, they have swept my mother’s death under the rug, stripping my family of all hope, leaving us to feel beaten and overwhelmed, only riddled with questions.

If doctors are not held accountable, and are fully protected by a law that essentially rewards their negligence, how can our healthcare system ever improve? Where is the incentive for policy change? If there is no effective law in place to help hold people accountable for their wrongdoings, how can we reduce the incidence of situations like ours, where mistakes, negligence and mistreatment lead to unnecessary wrongful deaths? The existing legislation desperately needs to be modernized, and this must be done swiftly, before more innocent lives are taken from us, leaving more families devastated and without hope.

As a family member devoted to this cause, sometimes I feel like screaming from the rooftops that my mother’s life mattered and had value! She shouldn’t be treated as worthless in the eyes of the law, while the insurance goliaths of this world benefit from her death. The family members of the BCWDLRS are connected by this common thread of injustice, and years after our loved ones have passed, we are sacrificing our time and energy to fight for what’s right, because we feel that no one else should ever have to experience this kind of unnecessary loss. Our only motivation is to continue to give our loved ones a voice in this world, and to uphold value for their lives with our love and honor, in their names.”

I am writing to you about the preventable death of Theresa Pereira and British Columbia’s woefully outdated wrongful death laws; which are still based on colonial era legislation from 1846.

Theresa Pereira, sadly, is one of these cases where the family is unable to find the truth about what happened to their loved one. Her story can be read here – https://intheirname.ca/our-stories/theresa/