Inadequate remedies: In B.C., family can only hope to be reimbursed for funeral expenses 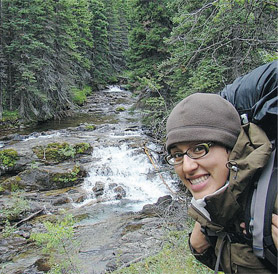 The family of a 28-year-old Mexican woman killed while tandem hang-gliding is suing the instructor who was given five months in jail for causing her death, as well as the sport’s governing associations.

The organizations are alleged to be endangering the public by not ensuring that launch and flying sites are chosen, constructed and operated in a safe manner.

The plaintiffs also claim the groups have demonstrated a “wanton and callous disregard for public safety” by “failing to ensure the public is advised that the inherently dangerous activity of hang gliding is being undertaken without government regulation, supervision and/or oversight.”

He said father Miguel Angles Godinez Villages and mother Herlinda Avila Ramirez are interested in accountability for the death of their daughter, Lenami Godinez Avila, not a windfall settlement.

“The inadequacies of the current wrongful-death law mean the family can only get funeral expenses,” Renaud explained.

Based on an archaic 1846 British law, the woefully inadequate B.C. Family Compensation Act provides little recourse for the wrongful loss of a loved one unless a main breadwinner is killed.

“However,” Renaud pointed out, “if we can get the B.C. Court of Appeal to follow a 2013 decision of the Alberta Court of Appeal, the door will open for a shot at punitive damages. Beyond that, the public should know the dismal truth about our wrongful-death laws.”

Orders, 51, pleaded guilty to criminal negligence and was sentenced in February for forgetting to hook the young woman to the glider before the flight on April 28, 2012.

The young woman had lived in Canada for a decade, working for B.C.’s Environment Ministry while studying at the University of B.C.

The fatal flight over the Fraser Valley was meant to be a celebration of her relationship with her boyfriend; instead, it became a tragedy, with her final agonizing minutes captured on digital video.

“At or about the time of the said fatality, the defendant Orders swallowed the memory card from his video camera affixed to the hang glider, for the purpose of destroying evidence he knew or should have known was capable of incriminating the defendants… in a criminal and/or civil prosecution.”

The memory card and its contents were later recovered.

The pleadings allege the associations and club failed to ensure the proper training, standards, and supervision of commercial hang-glider pilots such as Orders and Wallace.

They compromised public safety, the court documents state, by having an inadequate system for pre-flight inspections and safety checks and by failing to supervise hang-glider operators.

The HPAC is a non-profit corporation based in Vancouver putatively responsible for the training, certification and supervision of hang-gliders to ensure commercial flights are undertaken safely.

The B.C. association is comprised of current members of HPAC and provides launching sites across the province, including the site known as Mount Woodside, where Godinez fell to her death.

The West Coast Soaring Club is also involved in the maintenance of Mount Woodside, and the unknown defendants are individuals who approved flights from the site.

Orders and Wallace were members of all three organizations, the suit says.

The case highlights the problem with wrongful death laws in that there is little financial incentive for anyone to bring a suit since the payoff is negligible.

The government issued a Green Paper in 2007 holding out the potential of reform, but nothing has come of it.

In conjunction with the Wrongful Death Law Reform Group, Renaud has been spearheading the fight for change over the last decade, maintaining that civil litigation like this is in the public interest.

He insists that it is only through such litigation that those who provide these risky services are held liable for their negligence and the public warned.

“No tandem passenger in the United States (which has wrongful death laws that impose large financial penalities) has fallen to her death because she was unclipped,” Renaud said.

“It has happened in British Columbia and New Zealand. Both are weak tort jurisdictions and tiny compared to the USA.” 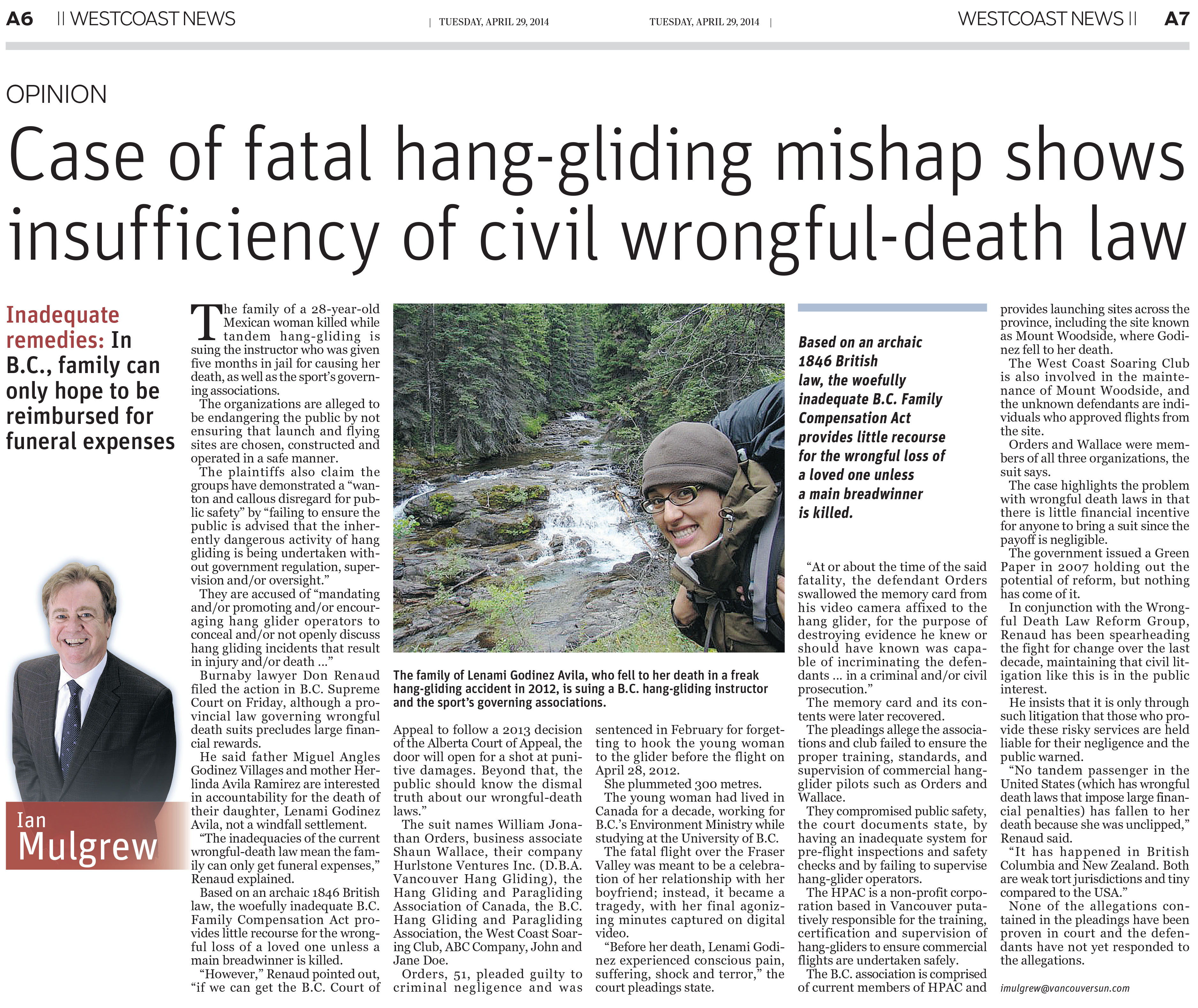