Todd and Brandie Park are suing the operators of Mile 0 Park, the City of Dawson Creek and the province, claiming their daughter Beverly’s death could have been “easily prevented by putting in two bolts in a drain cap.”

Beverly was playing with friends at Rotary Lake on Aug. 13, 2016. According to the coroner’s report, the children were able to remove bolts that were holding a cover over a drainage pipe at the bottom of the lake, which was formerly designated as a pool. The cover subsequently came off, and Beverly’s leg was sucked into the pipe and trapped. As a result, her head was underwater.

On Wednesday, Todd told Black Press Media in an interview that Brandie and two bystanders had tried to pull Beverly loose, but were not successful until an attendant could be found to shut off the pump.

“She was sealed so tightly that three adults pulling on her could not get her out of that drain,” he said, adding that he was not there that day because he was doing safety training for a construction company. “My daughter in the meantime is being sucked into a drain because two bolts were not put in there.”

He believes the coroner’s report was wrong about the children removing bolts from the drainage pipe cover.

“That lid hasn’t been bolted down for years,” said Todd, suggesting it would be easier to clean.

As a construction safety officer, he said he has a unique outlook on the situation.

“If this ever happened out in the field … this thing would have had a whole different course of action.”

According to the coroner’s report, first responders resuscitated Beverly after the pump was shut off and took her to a medical facility for treatment. But diagnostic testing would identify significant brain injury because of the lack of oxygen, and three days later, the girl was declared brain dead.

After Beverly’s death, the coroner identified a number of health hazards at the lake, including but not limited to inadequate fencing, no supervision, poor water clarity, inadequate safety and first aid equipment, as well as a single main drain that created a suction hazard. 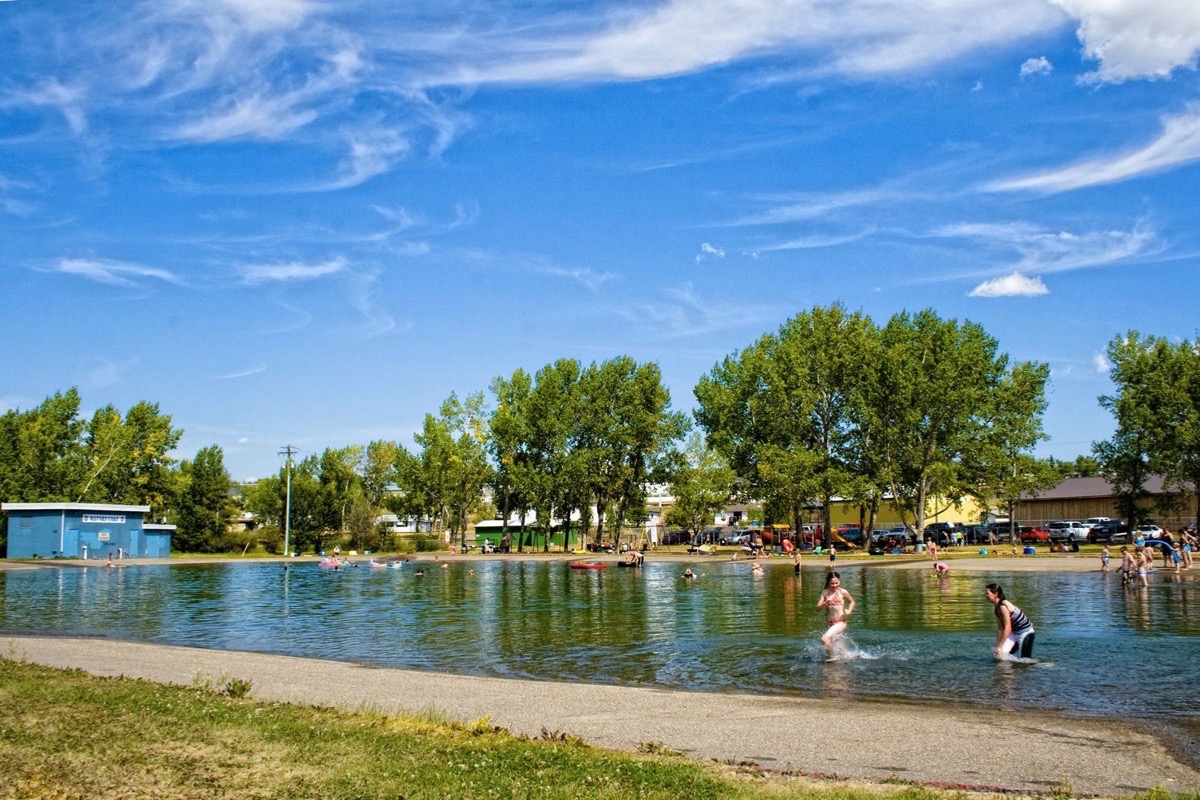 Northern Health issued an order under the Public Health Act that closed the lake, while an engineering assessment made recommendations to be carried out before it can reopen.

Beverly’s parents believe there should be higher consequences for the death of their daughter.

Duerr also hopes the lawsuit brings the B.C. Family Compensation Act in line with other law in Canada on wrongful deaths of children. The province allows for lawsuits to be brought, but she said they don’t offer the same compensation.

“Under the present legislation, the loss of dependants such as children, seniors and the disabled is legally deemed to be of no value compared to parents and other money-earners in B.C. families,” she said in an email. “This is morally reprehensible and not in line with legislation in other provinces.”

After filing an amended notice of civil claim on Oct. 7, Duerr and her clients are now waiting for the defense to file a response to their civil claim.

None of the allegations have been proven in court.

In the meantime, Todd said he thinks of his daughter every day.

“People say things are going to get better, but it doesn’t,” he said, adding that he wonders what she would be doing if she were alive. “Instead I stare at a picture and talk to it.”

In 1994, a five-year-old girl also drowned at the lake, which the chief environmental health officer at the time attributed to the murkiness of the water and overcrowded conditions.