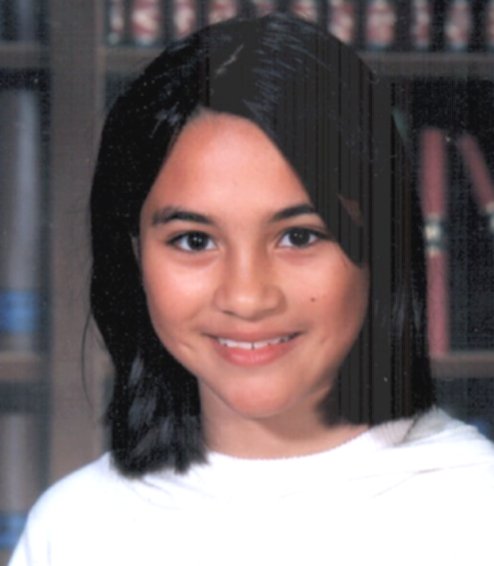 Told by her father, Robert, and her sister, Christine

Christine: Laura is my sister. She and I grew up with a lot of quirky hobbies. We were the best of friends.

Robert: She started getting headaches. So we took her to getting tests done, CT scans of her brain, and everything came back normal. I decided to have her blood checked.

Christine: I remember my dad on the phone. He sounded very, very upset. My dad hung up the phone and he said, ‘Laura, we need to go to the hospital.’

Robert: So I took her to the hospital, hoping that maybe the tests were wrong, and they came back more positive. They came back as AML, which is one of the worst leukemias you can have. Initially the doctors were always coming in, checking up, so I thought ‘great support’. That was all in the beginning. That all disappeared. The family doctor going on holidays without telling us, putting Laura in basically the hands of a—well she was an MD, but not fully fledge. She was training.

Christine: So instead of continually injecting a needle in her to draw out blood, they instead wanted to go with a procedure where they would attach something to her heart. And in that operation, they punctured her lung and, as a result, she developed pneumonia.

Robert: So, she had a hard time breathing but instead of stopping the protocol with chemotherapy drugs, they continued with the protocol as well as trying to treat her, the pneumonia that she had—and she just got worse. Her stomach was getting quite big, quite painful, and the doctors kept saying, ‘No, it will be okay. Everything is fine. Don’t worry.’ Anyway, the protocol did work, which was great, great news. You know, we felt relieved but unfortunately Laura was still so sick. She was so sick they took her down to emergency, and they said, ‘No, no, it will just be a short time. There, in emergency, she’ll have one-on-one care from a nurse.’

We got a call: You better come right away. We think your daughter is dying.

They phoned for Christine to come down. But, they had taken the life support equipment off of her before we even had a chance to say our goodbyes altogether. They came back to the room where we were at saying, ‘Your daughter has passed away. You can go see her now.’

I consulted the BC doctors’ association. They even said there was a lack of communication. Your daughter should have never been under the care of a doctor who is still in training. You should have had a regular doctor coming in all the time to see her, which Laura didn’t because her regular doctor was on holidays. Even with the chief doctor, we couldn’t get any proper answers. They kept saying their sorry, we’ll try to make sure communication is better improved in the hospitals.

Cleanliness was a key factor. The fact that her immune system was really low and the nurses would come in and did not wear a mask, even if they were suffering from a cold or a cough. They would still come in and cough over Laura.

So we went to the lawyer and they said basically, if your daughter dies, even if you win the case, which costs a lot of money, you would get very little compensation because, basically, children are worthless in the eyes of the law. Not only children, it’s elderly people, disabled people, they are all classed as the same. If you’re not a breadwinner, you’re worthless. This is our lousy laws in Canada based on English laws. And they don’t change it. And you say ‘why they don’t change it?’ Because the medical society and the insurance companies are so strong, they don’t want to change anything. They don’t want to have to put out hundreds of thousands of dollars. You know we’re not in it for the money. None of us are. We’re there for change. If there is a bad doctor out there, we want something done.

Christine: We knew that Laura wasn’t treated well. There was more that could have been done. And we didn’t want to see this happening to any other child, any other person. So, really we lost Laura but we wanted to protect others.

I am writing to you about the preventable death of 15-year-old Laura White and British Columbia’s woefully outdated wrongful death laws; which are still based on colonial era legislation from 1846.

Laura White, sadly, is one of these cases where no accountability can be brought against wrongdoers who failed in their duty of care. Her story can be read here – https://intheirname.ca/our-stories/laura/