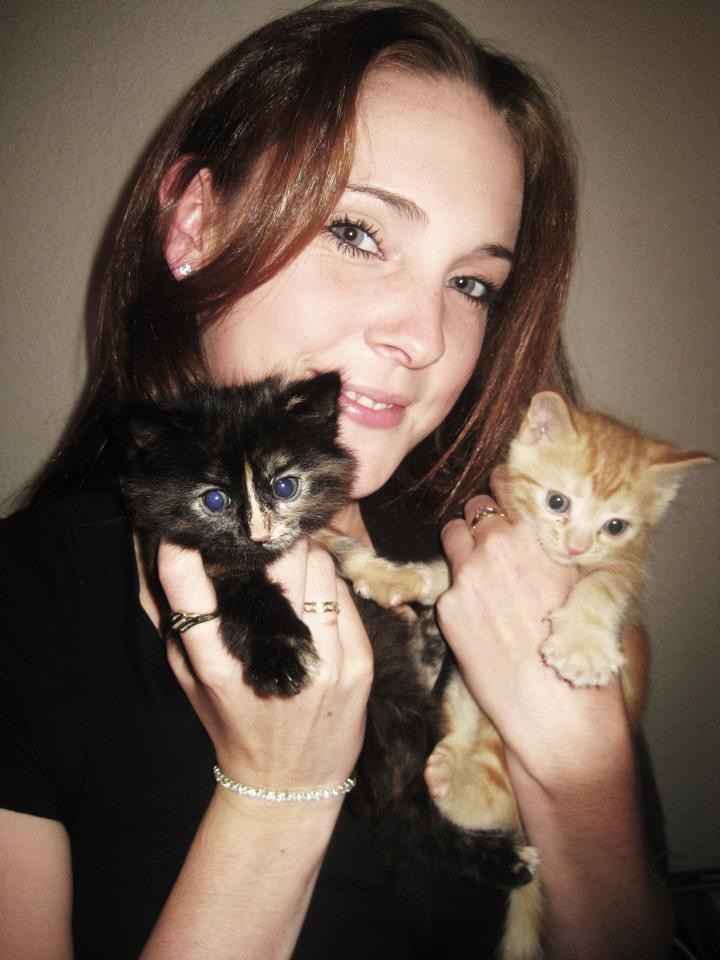 Told by her mother, Nona

“From the day my daughter Erin (my Bug) was born, she was a gift. I was initially told that I could not have children, so when I found out that I was pregnant, I hid the pregnancy from everyone. My family and friends only found out when Erin arrived on February 27th, 1990 at 10:58 am. She was so calm and so beautiful; she became my bug, my best friend, and my daughter.

Erin blessed everyone from every walk of life. No matter who you were, no matter where you came from, she would fight to the bitter end for you. She was so full of life, so very outgoing, and so beautiful.

There aren’t words that can even come close to describing the shock and pain of losing Erin. But, at the same time, there also aren’t words to adequately describe how amazing she was, and how incredibly she impacted so many lives.

The events leading up to Erin’s death are so painful to write about.

In the months prior, Erin went to the emergency room at Delta Hospital four or five times with excruciating headaches, and she was starting to develop alopecia. She said that she felt dizzy and nauseous; sometimes she would drink water and vomit. She was seen by two different doctors who told her that a shot of cortisone would cure it, that she just had a cold or the flu, and that her symptoms were just caused by stress. Each time, she left the clinic suffering and in tears. They turned her away without any testing, telling her to take Tylenol. When she went back, they would make fun of her, saying, “Here comes the hypochondriac!”

That horrible day on January 18th, 2012, she was once again admitted to the emergency room at Delta Hospital. When I arrived, I found my daughter in tears, saying to the nurse, “My head hurts so bad – I just want to go home.” I overheard the nurse tell her, “I’ve heard you say this all day”, and she just walked away, leaving my daughter in the hallway.

Erin was overlooked. Once again, she was sent home broken and in tears, told that she just had a sinus infection, as her young boyfriend and I literally carried her out of the hospital.

She was braindead the next morning.

Hours after she was sent home from the hospital, I found Erin passed out in her room, unresponsive. She went back to Delta Hospital in an ambulance. On January 19th, she was given the CT scan that should have been ordered months prior. The scan confirmed that she was braindead, and found a tumour that had hemorrhaged in her brain. She was sent to the Royal Columbian Hospital to be put on life support, and she died the next day.

Erin’s organs were donated. I received a letter from one recipient thanking Erin for the gift of sight. I received another letter telling me that both her kidneys and liver were donated, and that because of Erin, one recipient underwent a double lung transplant. From her stem cells, 64 people were saved. As her mom, it’s so hard to know that my beauty had to go, but she helped so many people while she was on earth, and beyond.

My sister – Erin’s Auntie, who was a huge part of her life – was working at a hospital in Vancouver at the time. She showed the pathology report to the head nurse in the OR, who spent a lot of time going through it. The nurse told us that there were so many things that were done incorrectly and incompletely, from start to finish. I was advised to report these to the head of Fraser Health, but doubted that anything would be done.

Later, I received a call from a Patient Care Quality Officer from Fraser Health. She wanted to meet with me to have me sign some papers saying that I was happy with the care that my daughter had received. I hung up.

Erin was sent home from the emergency room in excruciating pain numerous times. Delta never offered a CT scan, even though they had a brand new one. I desperately wanted these doctors to be held accountable for their oversight. I contacted several lawyers, stressing that I did not want money, I just wanted the doctors to be held accountable so that this would never happen again. I was told that nothing could be done; Erin’s life was worthless under the law. I was disgusted, and so afraid that these doctors would hurt someone else with their negligence.

My fears came true. The horrible, horrible truth is that the same thing happened to at least two other young people that I know of. Both of them had been released from the Delta Hospital without being offered a CT scan, and died hours later. One, just like Erin, had been to the emergency room with debilitating headaches several times before, and died of an undiagnosed brain tumour.

If the law only protects doctors and not patients, and ensures that doctors cannot be held accountable for their mistakes and their oversights, how can we possibly prevent this from happening again?”

CTV News – Tests that may have saved patients’ lives not given at Delta Hospital: parents

I am writing to you about the preventable death of 21-year-old Erin Gallagher and British Columbia’s woefully outdated wrongful death laws; which are still based on colonial era legislation from 1846.

Erin Gallagher, sadly, is one of these cases where no accountability can be brought against wrongdoers who failed in their duty of care. Her story can be read here – https://intheirname.ca/our-stories/erin/