Meaghan Brown, 27, was killed in a crash with a B.C. driver whose licence was revoked in 2001

That means there is potential for legal consequences for the family members of 86-year-old Theodore Finlay Levick, a B.C. man whose licence had been cancelled 15 years before he struck and killed a young woman near Trail.

Police have confirmed Levick was driving his wife’s car at the time.

Personal injury lawyer Jacqueline Small told CBC that a family member could be held liable for wrongful death in a case like this.

“What it really depends on is consent,” Small said. “The law in British Columbia places a very heavy burden on vehicle owners who allow others to drive their vehicles. If that driver is negligent and causes the accident, then the registered owner will be vicariously liable for the driver’s negligence — as long as that consent was given.”

Just last month, Levick was sentenced to two years in jail for criminal negligence in the 2016 death of 27-year-old motorcyclist Meaghan Brown.

Doctors testified that Levick had been legally blind for years. His licence was cancelled in 2001, but the trial heard that Levick was a daily fixture at the drive-through window of the local Tim Hortons.

Levick told the court he didn’t see Brown at all in the moments before he abruptly cut out in front of her on the day of the crash.

Levick and his wife Margaret, the owner of the 2014 Subaru Forester that he was driving, are also facing a lawsuit filed by Brown’s partner. The claim relies on B.C.’s Family Compensation Act, which allows families to sue for financial losses caused by a wrongful death but not emotional damages like pain and suffering or loss of companionship. 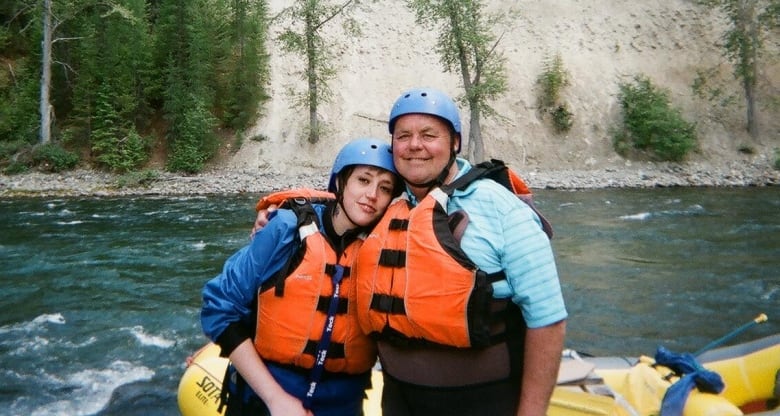 The Levicks have denied wrongdoing in the crash, alleging that Brown was speeding at the time and “failed to take any precautions for her own safety,” according to a response filed in B.C. Supreme Court last year.

Margaret Levick declined an interview when reached by phone, saying she had nothing to do with the crash. None of the allegations in the civil claim or the response have been proven in court.

‘What if they kill someone else’s child?’

Sgt. Chad Badry of the RCMP’s West Kootenay Traffic Services said he couldn’t comment on whether there was a criminal investigation into Margaret Levick in connection with Brown’s death.

In general, though, anyone who lets an unlicensed person drive his or her vehicle could be found criminally responsible for a fatal crash, Badry said, and “that’s something that we would definitely look into.”

The most important thing, according to Badry, is that the person who actually caused the crash is held accountable.

“The main culprit is him in driving without a driver’s licence, knowing that he shouldn’t be driving — particularly for the reasons that he wasn’t driving,” Badry said.

Anyone who knows someone who’s driving without a licence or is otherwise a danger to the public should call their local police, Badry said.

He explained that officers can visit the driver in question, and then make a report to the Superintendent of Motor Vehicles requesting a medical review if necessary. The superintendent can then order the driver to visit their doctor for an assessment.

“The bottom line is that when you’re worried about someone’s driving, it’s not just your loved one that you should be worried about. What if they kill someone else’s child or a friend or a neighbour or somebody you don’t know? It’s a terrible thing,” Badry said.

According to ICBC, it is possible for an unlicensed person to insure a vehicle, but they would need to list someone with a valid licence as the driver.