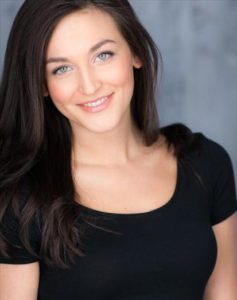 On October 2nd, 2020 Natasha went to Lions Gate Hospital for a minor in and out procedure to have a cyst drained.

On October 9th, she returned to the hospital with pain in her abdomen. She was sent home with merely some pain medication.

On October 10th, she returned again to the hospital, this time in agony. Once again, she was sent home, with more pain medication.

On October 11th, she could hardly breathe and returned to the hospital by way of ambulance.

On arrival, the medical staff were nearly certain that it was “COVID”.

On the morning of October 12th, Natasha died on the operating table after doctors undertook an exploratory surgery.

The autopsy later determined that she had an aggressive staph infection that went undiagnosed. It had progressed from the site of the drained cyst, to her abdomen, to her lungs, and then went septic causing her blood pressure to drop and her heart to stop.

Diagnosing a possible staph infection in each of her follow up visits was not done.

An investigating physician afterward also noted that on Natasha’s fatal and final visit, “COVID diagnosis fixation” resulted in critical time lost, which could have otherwise been spent diagnosing and treating what actually lead to her death.

The ball was dropped numerous times in the duty of care that Natasha deserved.

Unfortunately, when the family started exploring legal options to try and right this wrong, and prevent the same sort of mistakes from happening to another, they came to learn that obtaining justice is not possible under British Columbia’s antiquated Family Compensation Act.

All other provinces in Canada, including the Yukon, have modernized their wrongful death laws, in most cases long ago to ensure that all citizens’ lives have value under the law.

Only in BC, under our colonial era legislation from 1846, is it still “free” to kill those who do not meet the discriminatory criteria of having both an income and dependents.

The family has now joined the other families behind the BC Wrongful Death Law Reform Society’s calls for legislative modernization so that all lives in BC have dignity and value under the law.

Read the entire story and submit a petition letter to your MLA in only 30 seconds with our automated tool – https://intheirname.ca/our-stories/natasha/