You’ll be walking in solidarity with a group of wonderful and strong people united in advocating for a better future for British Columbians.

A future where British Columbia is no longer the last remaining place in the developed world yet to modernize its 176 year old wrongful death legislation.

Joining us at McBride Park at 1PM sharp will be several families speaking who’ve been affected by these archaic laws, members of the volunteer-based BC Wrongful Death Law Reform Society, and earnest community leaders who’ve taken a stand politically in support of this critical human rights work.

Thereafter, united as a group, we’ll be walking 15 minutes to the Attorney General Minister David Eby’s constituency office where we will place upon it a photo of our wrongfully killed loved one with a rose as a ceremonial act to make our voices heard. Minister Eby is the politician responsible for this legislation.

Media will be in attendance for the event.

This will be a peaceful and respectful memorial walk to bring dignity and reason to this cause.

To show your support while in attendance you can wear a white ribbon and bring a rose. Limited supplies by some generous contributors will be handed out in person.

If you wish to help promote the event you can invite your friends and family to the Facebook event here. 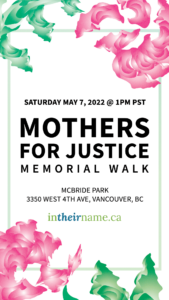 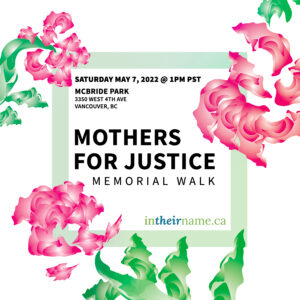 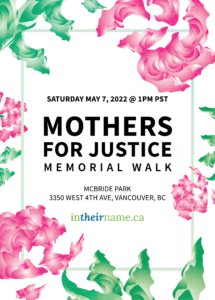 (Click image to view full size png. If a higher quality TIF file is required for print, it can be downloaded here.)

Collage from the Public Service Announcement: 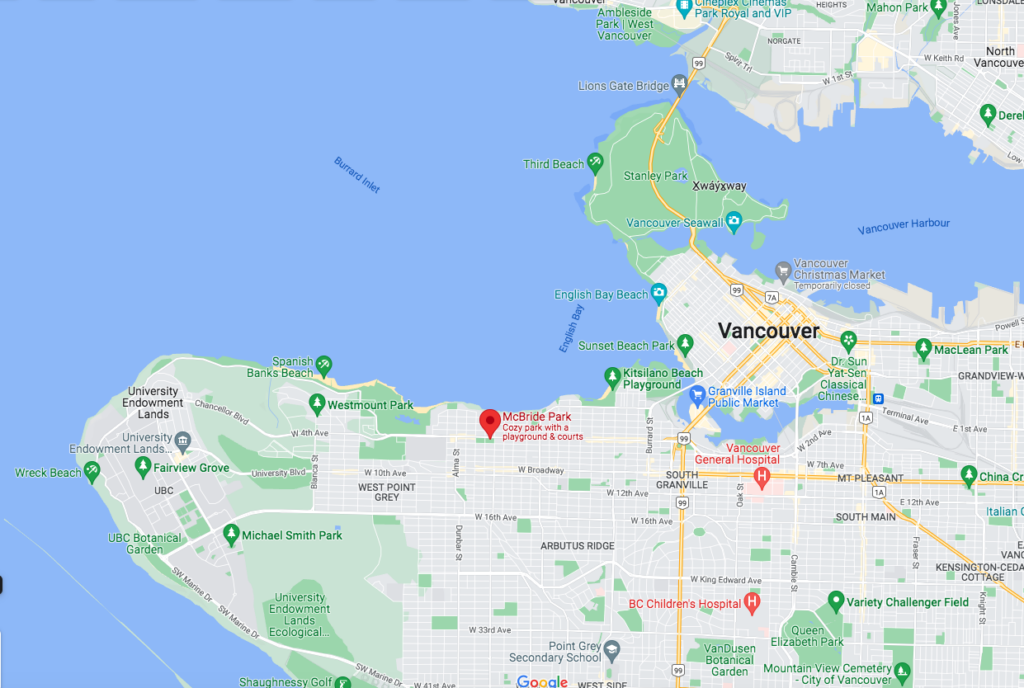 Click map above for location and directions to the event.