Vancouver cyclist Gary Kalmek suffered a broken leg, a broken arm and three broken ribs when he was hit by a car while riding his bike at Main Street and 15th Avenue in Vancouver in early June.

After undergoing multiple surgeries and spending a week in hospital, the 38-year-old library tech assumed he would be compensated for pain and suffering.

ICBC is paying his medical expenses and lost wages, but under the province’s new “no fault” model, which came into effect on May 1, most accident victims can no longer sue the offending driver and the insurance corporation. 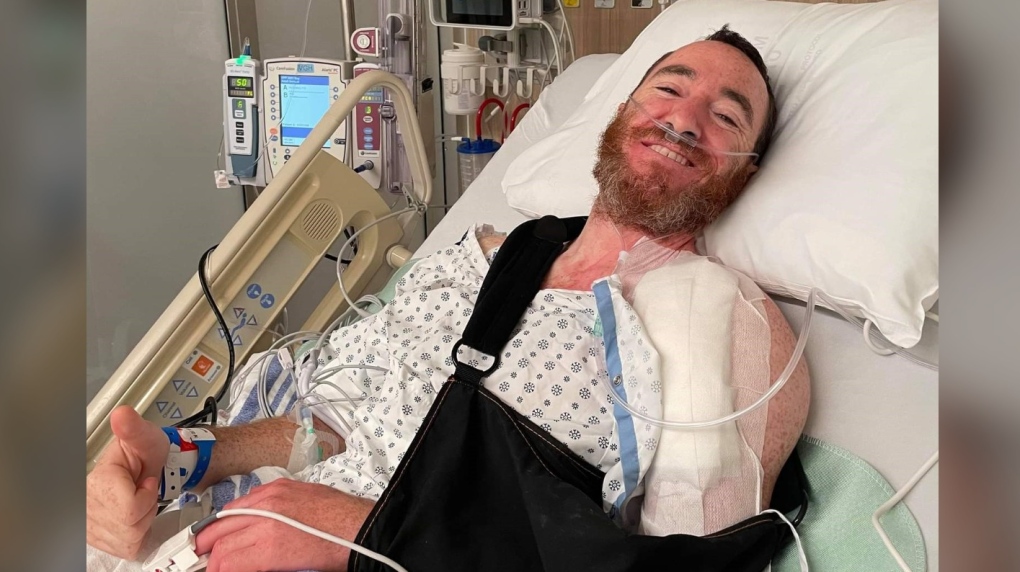 Vancouver cyclist Gary Kalmek suffered a broken leg, a broken arm and three broken ribs when he was hit by a car while riding his bike at Main Street and 15th Avenue in Vancouver in early June.

Vancouver personal injury lawyer Manjot Hallen says his firm is getting many calls from accident victims like Kalmek.

“ICBC is going to treat his and other injuries like minor injuries and say, ‘Look, you’re not entitled to any pain and suffering damages,’” Hallen said. “And we as lawyers, while we get these calls and we sympathize with the victims, we can’t do anything to change that. We can’t fight back.”

Removing lawyers from the mix is the main point of moving to a no fault insurance model.

“Legal costs were certainly a factor under the previous insurance system,” said ICBC spokesperson Brent Shearer. “With enhanced care, by largely removing those legal costs, we are able to take that money and put it back into improved care and recovery benefits and lower auto insurance (premiums) for everyone in British Columbia.”

Shearer added that, on average, B.C. drivers are saving more than 20 per cent on their premiums compared to the old model.

But Hallen argues the trade off isn’t worth it.

“People are getting a little bit of a rebate on your insurance, whether its 10 or 20 per cent, but what they’re discovering is when they’re involved in motor vehicle accidents, they’re not going to get any compensation for them,” Hallen said.

While Kalmek won’t be compensated for his injuries, he was told the driver who hit him will have to pay higher insurance premiums.

“That just felt like a betrayal, that ICBC was just was trying to get more from (the accident),” he said.

Kalmek is hoping to one day cycle and play sports again. He’s currently off work and walking with a cane. He has permanent scars on his leg and shoulder, as well as a metal rod, plates and pins inside his body.